Back in 1942 the local historian and Councillor Edgar Chappell suggested a massive reorganisation of Welsh local government. Suggesting a central National Administrative Council, Two Regional Councils (and if that was too much to stomach, 5 regions) and about 35 - 37 most purpose councils below them. This would replace the existing structure of Counties, County Boroughs, Urban Districts, Rural Districts, Municipal Boroughs and Parish Councils. Incidentally the spelling used for place names was as provided by Edgar Chappell and is not the current spelling of place names.

The National Administrative Council would be made up of representatives of the Regional Councils, others nominated for their expertise by the Secretary of State for Wales (a post which was yet to be created but Edgar Chappell was very much in favour of) together with people nominated by the Welsh Parliamentary Party.

Its functions would be to:

* To survey the needs of Wales and plan for the progressive and comprehensive organisation of education, public health, the development of national resources, national parks and the like.

*To survey the activity of the regional and borough authorities and take necessary action, in association with the Welsh Office, to ensure the effective and progressive administration, to co-ordinate the services provided by the various authorities, to make necessary adjustments to local government machinery, etc. *To consult with the Welsh Office on matters affecting the interest of Wales and to discharge certain functions, which may be delegated to it by Central Government, such as the framing of regulations for educational and health institutions, the organisation and conduct of examinations, the dispersal of grants for various purposes, advising on applications for loan sanctions the approval of local byelaws etc.

* Generally, to inquire into, discuss, and take decisions on such matters as they shall deem of common interest to Wales, and to make representations to the appropriate authorities, including Parliament.

The regions would be elected for a 3 or 5 year term and members would be called Aldermen, with their chairman called Provost or Convener. They would get a subsistence allowance, traveling expenses and loss of earnings payments.

Their functions would be

The final tier of councils administering more personal services would be the reformed borough councils, replacing over 181 existing county, county borough, borough, rural and urban district councils, as well as parish councils. Councils would be elected Triennially and be chaired by a Mayor or a Lord Mayor.

Their functions would include

* Such functions devolved to them by the Regional Councils

I have draw these maps to illustrate the approximate boundaries of the proposed authorities, due to my limited skills with producing maps I have used the excellent Boundary Assistant to produce them using modern ward boundaries, so these are only approximate. At the end I have included a map from Wikipedia of Welsh Districts as of 1947 for comparison. 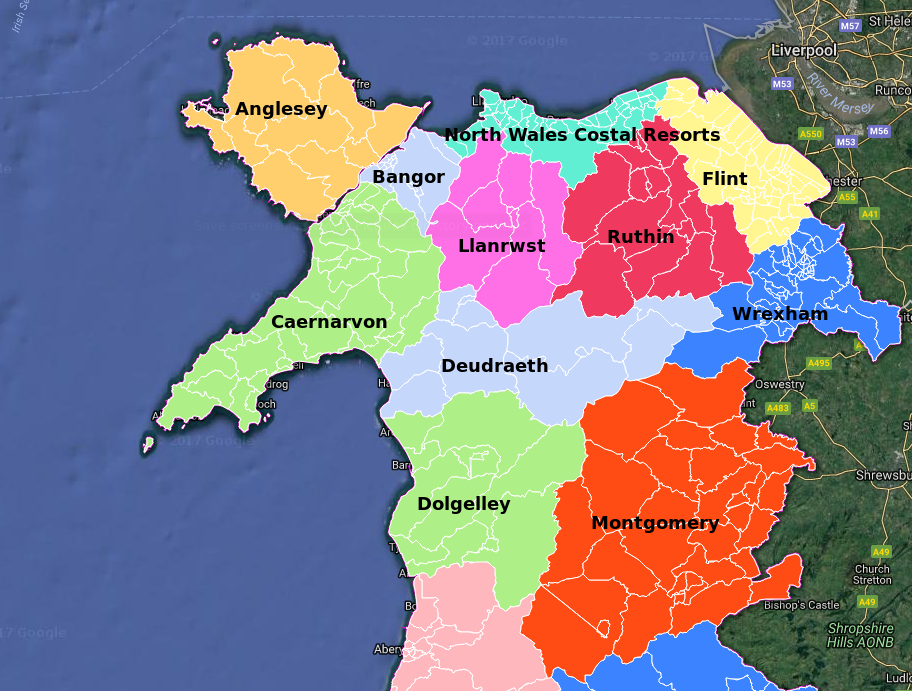 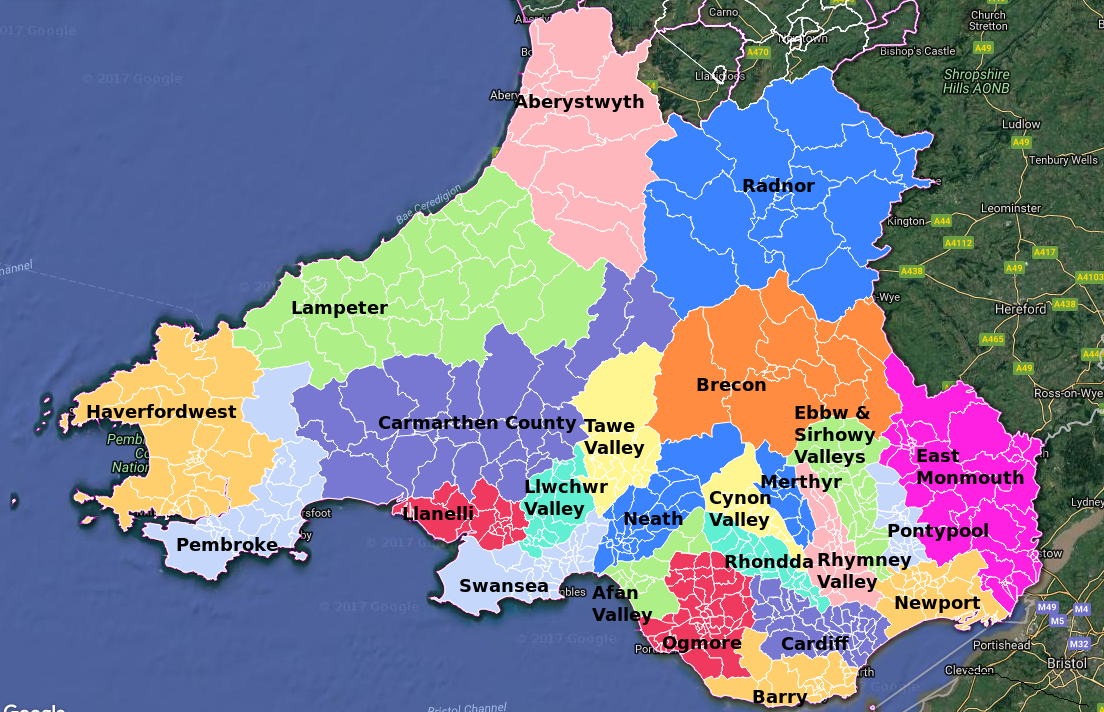 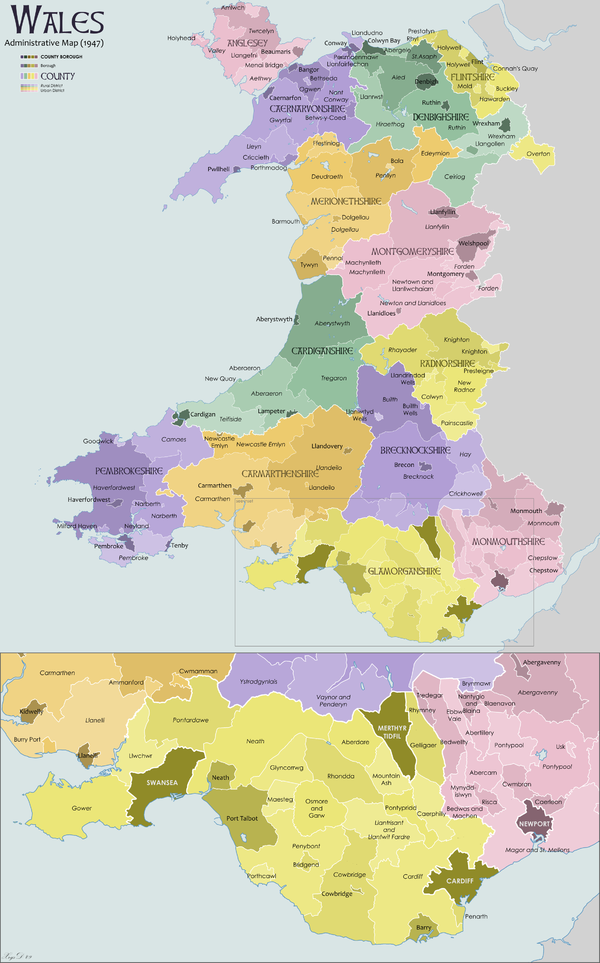 Its interesting to see how these would have worked, quite disparate populations, but he based it on river basins and natural groupings of communities.
Posted by Cibwr at 09:39

Cibwr
Caerau, Cardiff
My name is Lyn David Thomas and I am one of the many working in Cardiff's growing call centres. I have long had an interest in politics and specifically in the national politics of Wales. Green before there was a green party and committed to social and economic equality. Drawn to the very Welsh concept of community socialism I find a natural home on Plaid Cymru. Sections of this blog first appeared as Views from Butetown, as I am no longer resident in that community it has been subsumed into this new incarnation of my views.